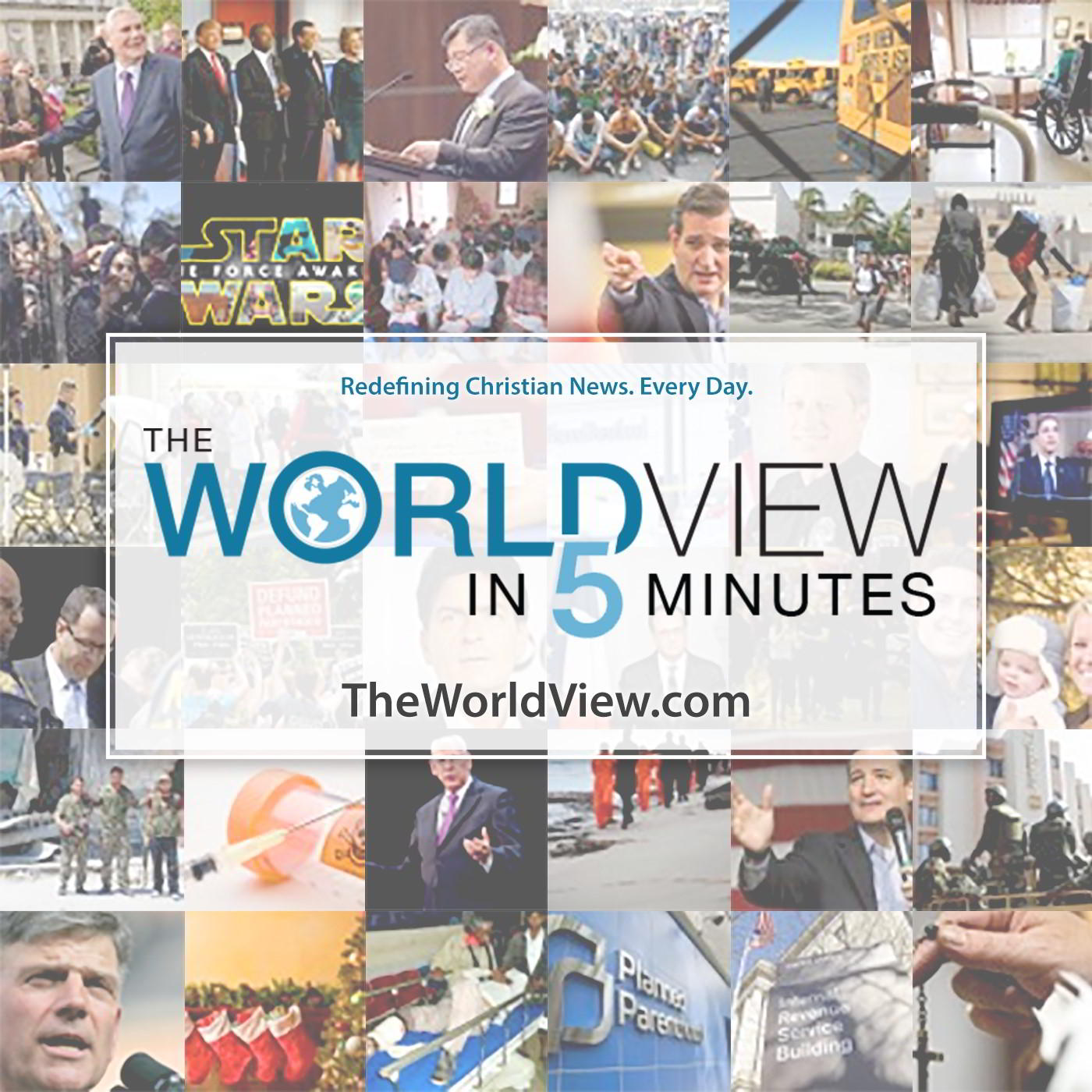 Pray for Christians in Yemen about war, food shortage and COVID

These challenges have created a significant burden of isolation, both spiritually and physically. The Christian population, which once numbered approximately 40,000, has been reduced to only a few thousand. Most live unaware of each other’s existence and in great fear of discovery from their Muslim neighbors.

After so many years of hardship, many Yemenis are spiritually hungry for answers. Pastors working in Yemen report an openness to the Gospel message that encourages them for the future of the church.

Republican Senator Josh Hawley of Missouri has vowed to make a Supreme Court nominee’s opposition to Roe v. Wade the litmus test for confirming him to the nation’s highest court. The 1973 landmark ruling essentially imposed legal abortion across the country, reports LifeSiteNews.com.

HAWLEY: “Roe is an illegitimate decision. It has no basis in the constitution. None. None of the Constitution’s specific and enumerated guarantees of privacy even begin to legitimize the taking of innocent human life.

“I say today, I will vote only for those Supreme Court nominees who have explicitly acknowledged that Roe v. Wade was wrongly decided — the day it was decided. I mean, on the record before they are nominated.

“I do not want private assurances. I do not seek them. I want evidence that Supreme Court nominees will obey the Constitution and the law. I want to see in the record clear acknowledgement that any nominee understands Roe to be the travesty that it is. And if that record is not there, then I will not support the nomination. I don’t care who does the nominating.”

Two activists with Students for Life of America were arrested Saturday morning while peacefully attempting to chalk “BLACK PREBORN LIVES MATTER” outside of the Planned Parenthood megacenter in the nation’s capital, reports LifeSiteNews.com.

Michelle Hendrickson of Students for Life was understandably upset at the double standard.  While Democratic D.C. Mayor Muriel Bowser and the D.C. police allowed the left-wing group Black Lives Matter to paint their message, they discriminated against the pro-life group even though they were only going to use tempera paint.

Listen to a D.C. policeman threaten them with arrest.

POLICEMAN: “I’m here to tell you that if you paint in the street, you’ll be placed under arrest.”

And listen now as Michelle Hendrickson of Students for Life describes the discrepancy.

HENDRICKSON: “We’re out here at the D.C. Planned Parenthood. We were prepared to do our street painting as part of our ‘Black Preborn Lives Matter’ campaign. We’re told that we would be arrested if we started painting on the street. We just want to express our First Amendment right, as every other group has been painting in the street.

“We know that the mayor has allowed other groups to paint in the street, whatever their message is. Maybe based on the location, based on the message, we were told no.  Our students were told that we would be arrested for doing the very same thing that other groups have done.”

A new forecast projects that one in three U.S. restaurants may close permanently this year, showing how the COVID-19 pandemic is decimating an industry that employs millions of Americans, reports Bloomberg.

And finally, on July 27th, Facebook removed a video posted by Breitbart News, which was the top-performing Facebook post in the world a week ago Monday, of a press conference in front of the Supreme Court in D.C. held by the group America’s Frontline Doctors and organized and sponsored by the Tea Party Patriots, reports Breitbart.com.

The press conference featured Rep. Ralph Norman (R-SC) and frontline doctors sharing their views on the coronavirus and the medical response to the pandemic. YouTube (which is owned by Google) and Twitter subsequently removed footage of the press conference as well.

The video accumulated over 17 million views during the eight hours it was hosted on Facebook, with over 185,000 concurrent viewers.

Dr. Stella Immanuel, a Houston physician, said she has treated 350 coronavirus patients with hydroxychloroquine and not one of them has died.

“For the past few months, I have taken care of over 350 patients and we have not last one — not a diabetic, not a somebody with high blood pressure, not somebody with asthma, not an old person. We have not lost one patient.

“And, on top of that, I put myself, my staff, and many doctors that I know, on hydroxychloroquine for prevention, because by the very mechanism of action it works early and as a prophylaxis – [action taken to prevent disease].  We see patients, 10 to 15 COVID patients, every day. We give them breathing treatments. We only wear surgical masks.  None of us has gotten sick. It works. So, right now, I came here to Washington to say ‘America, it works. Nobody needs to die!’”

The Association of American Physicians & Surgeons has submitted additional evidence to the U.S. Department of Health & Human Services and the Food & Drug Administration in hopes of compelling the agency to relax its restrictions on the use of hydroxychloroquine to treat COVID-19 among the general public, reports LifeSiteNews.com.

And that’s The Worldview in 5 Minutes on this Monday, August 3rd, in the year of our Lord 2020. Subscribe by iTunes or email to our unique Christian newscast at www.TheWorldview.com. Or get the Generations app through Google Play or The App Store. I’m Adam McManus (adam@TheWorldview.com). Seize the day for Jesus Christ.

A veteran journalist has refused to back down after he was publicly accused of “religious bigotry” for reporting on the connections between increases in violence around the U.S. and the political donations of globalist billionaire George Soros, reports LifeSiteNews.com.

John Kass, who has spent 35 years working as a columnist and political reporter for the Chicago Tribune, has penned a defense of his July 22 article “Something Grows in the Big Cities Run by Democrats: An Overwhelming Sense of Lawlessness” after the Chicago Tribune Union Guild reacted to the article by sending an open letter to all Tribune staff arguing that Kass “does not deserve a mainstream voice, especially at a time when hate crimes are rising.”

Kass’s article highlighted that “President Donald Trump is sending federal law enforcement into the big cities run by Democratic mayors, where murder and gang shootings are out of control” and that “these Democratic cities are also where left-wing billionaire George Soros has spent millions of dollars to help elect liberal social justice warriors as prosecutors.”

But Kass has pointed out that his article “did not mention Soros’ ethnicity or religion” and that “Soros’ influence on these races is undeniable and has been widely reported.”

Last year, he invested $5.1 million in a super-PAC dedicated to funding groups working against Trump’s re-election.

“We’re used to criticism. Criticism is kosher in the work that we do,” said Weiss, who resigned from The New York Times last month in a public letter to publisher A.G. Sulzberger.

“Criticism is great. What cancel culture is about is not criticism. It is about punishment. It is about making a person radioactive. It is about taking away their job,” Weiss told Maher. “The writer Jonathan Rauch [of The Atlantic] called it social murder. And I think that’s right.”

Facing a political newcomer who raised a jaw-dropping $3.2 million last quarter — much of it from pro-Israel donors who oppose Democratic Muslim Congresswoman Ilhan Omar’s foreign policy stances — Omar suddenly finds herself on the defensive against claims that she’s too divisive to effectively represent the solidly Democratic district, reports Politico.com.

“We don’t need someone distracted with Twitter fights,” said primary challenger Antone Melton-Meaux, who pledges to focus on local issues and avoid the spotlight. “I don’t want to be a celebrity. I want to serve the people, and people are tired of the politics of division and distraction.”

The first Black Muslim woman to serve in Congress, Omar has built an image as a progressive champion who isn’t afraid to stand up to Trump. The president, in turn, has frequently singled out the freshman lawmaker, disparaging her as an anti-Semite, an “America-hating socialist”.